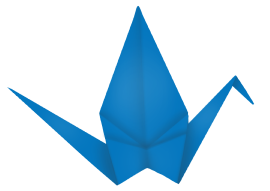 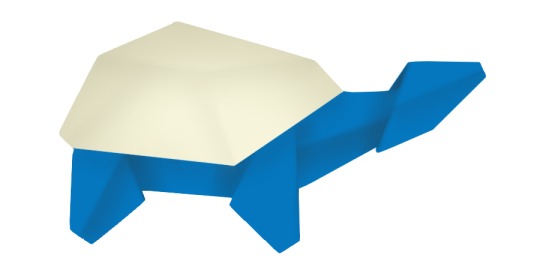 Creased is a 2d platformer starring Kami, a sentient sheet of origami paper. The goal of the game is to collect paper cranes that fulfill the wishes of whoever gathers 1000 of them. Cranes are scattered throughout the open world of Creased, which places heavy emphasis on exploration. Some areas can be entered by the use of a certain origami form or the tandem use of multiple forms.

Synergistic use of the origami forms in order to traverse the world will be one of the highlights of the gameplay of Creased. While in midair, the player will be able to switch their form once (on the ground, there is no limit to form swapping). As an example, the player would be able to jump high up with crane form, then dash over to a far platform by switching to dog form at their apex.

Crane collection is Kami’s true goal. By collecting 1000, they have the option to grant the wish of the people, or use the cranes to make their own wish…

The concept of Creased dates back to 2015, when it was prototyped as a solo project. Since being taken up by Kamidon Studios, it has been enriched with a compelling narrative, original music, dazzling graphics,  and a variety of intricate levels for the player to explore. The entire game has a stunning paper-themed aesthetic and a calming yet engaging vibe 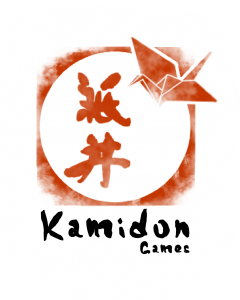 The name Kamidon comes from the Japanese words kami (紙), meaning paper, and the word don (丼) , meaning bowl. The suffix -don is often used in Japanese to describe a food item that is served in a bowl with rice… yum.

The concept of Creased dates back to 2015, when it was prototyped as a solo project. Since being taken up by Kamidon Studios, it has been enriched with a compelling narrative, original music, dazzling graphics,  and a variety of intricate levels for the player to explore. The entire game has a stunning paper-themed aesthetic and a calming yet engaging vibe.

Kamidon Studios have been working on the game in the capacity of a senior project for university, over the course of roughly 22 weeks. The team consists of 6 members:

Max Shiraishi, the creator of the original Creased prototype, was one of the head designers and producers of the game, and contributed significantly and comprehensively to the mechanics and the ambience of the game. He was also responsible for the narrative design and writing for the game, including the lore, plot, dialogue, and overall concept of the game.

Matt Hyc’s role was that of secondary programmer. Alongside Emmaline, he did scripting and in-engine work that really brought the game to life. Having two programmers meant that careful attention could be given to the details and finer aspects of the game, such as perfecting complex mechanics, constructing polished UI, and resolving the most minuscule of bugs.

Anna Marcus had a hand in many aspects of the game’s making, but her specialty is visual art and effects. On top of being one of the head designers and the primary producer, she also created all of the art for the game, from backdrops to sprites, as well as taking the lead on lighting and particle effects. Her signature on the game is the paper-like texturing on all of the game’s visual elements, which serves to amplify the game’s origami theme and gives it a unique and charming aesthetic.

Gina Griza did both level design and music composition. She stepped in to map out prototypes for each individual level, conceiving of the architecture and placement of the platforms and obstacles. In addition, she also took the lead on composing original music for the game, with 5 variations of a common theme featured in the game.

Emmaline Kelly was the programming lead and for the project. With their second-nature skills in computer science and expert knowledge of game systems and engines, they spearheaded the technical elements of the game, whether that be scripting and coding or simply operating the Unity engine. Their competence and proficiency elevated the game from a simple platformer to a lively experience with dynamic mechanics.

Jericho Villena was the head of sound effects and sound editing. From choosing original soundbytes, to editing them, to implementing them, Jericho did it all. He worked in-engine to integrate the effects and music directly into the game, demonstrating both technical aptitude and artistic imagination in the process.